Through advocacy and engagement of relevant stakeholders, where we organized hundreds of networking and advocacy platforms – dubbed Selam Cultural Forum – a series of continual events for the last 10 years, with each edition focusing on a specific thematic topic in culture. 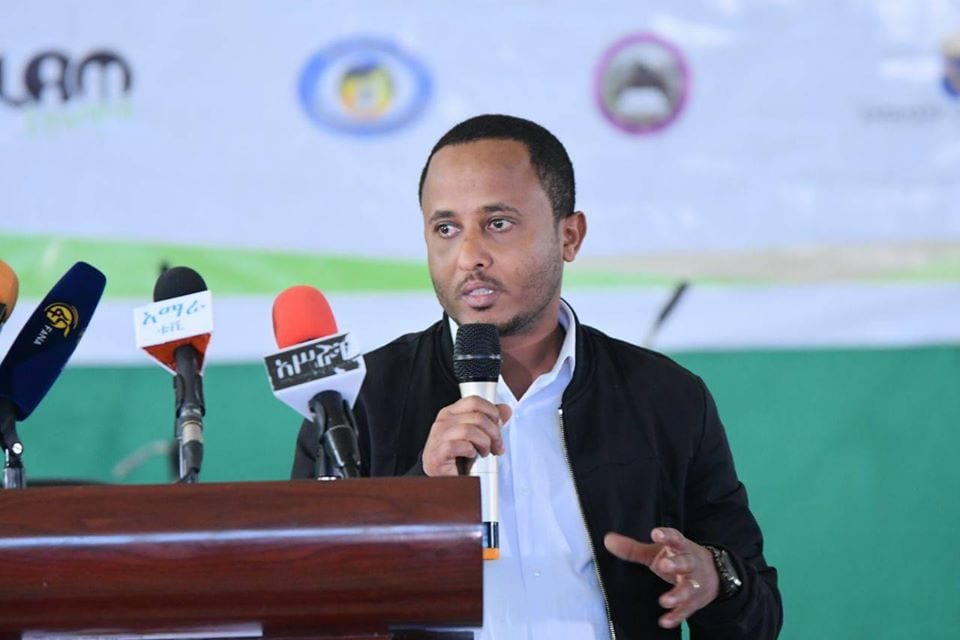 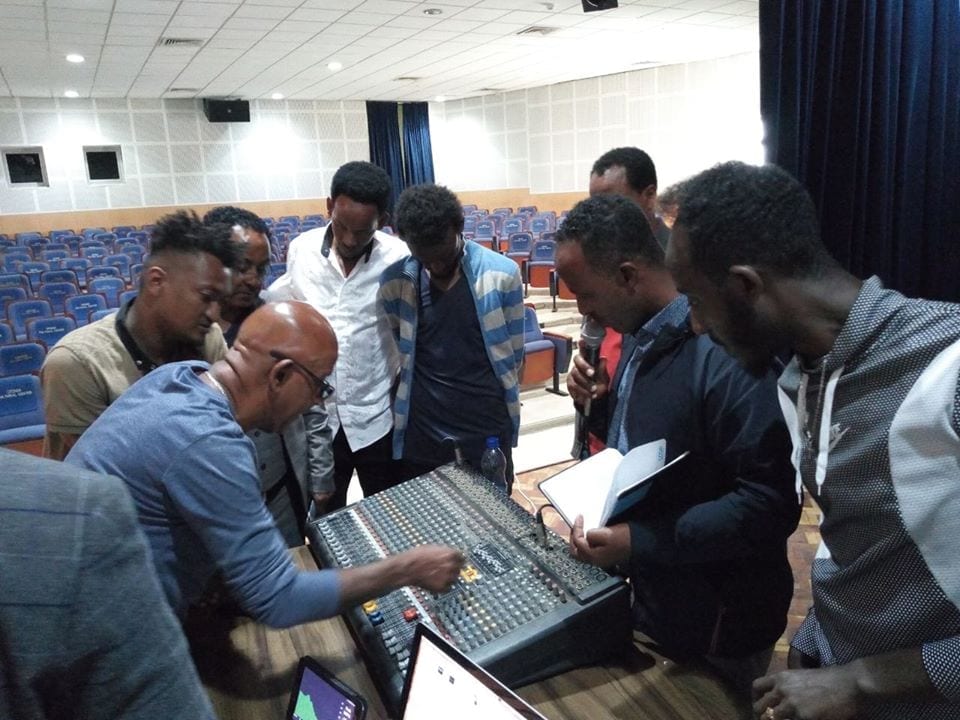 Mainly through organizing music festivals in Ethiopia, Sweden, Cuba, and other countries while providing opportunities and exposure to emerging artists and performers – our flagship annual events in ethiopia are the Selam Festival Addis and Addis Jazz Festival. 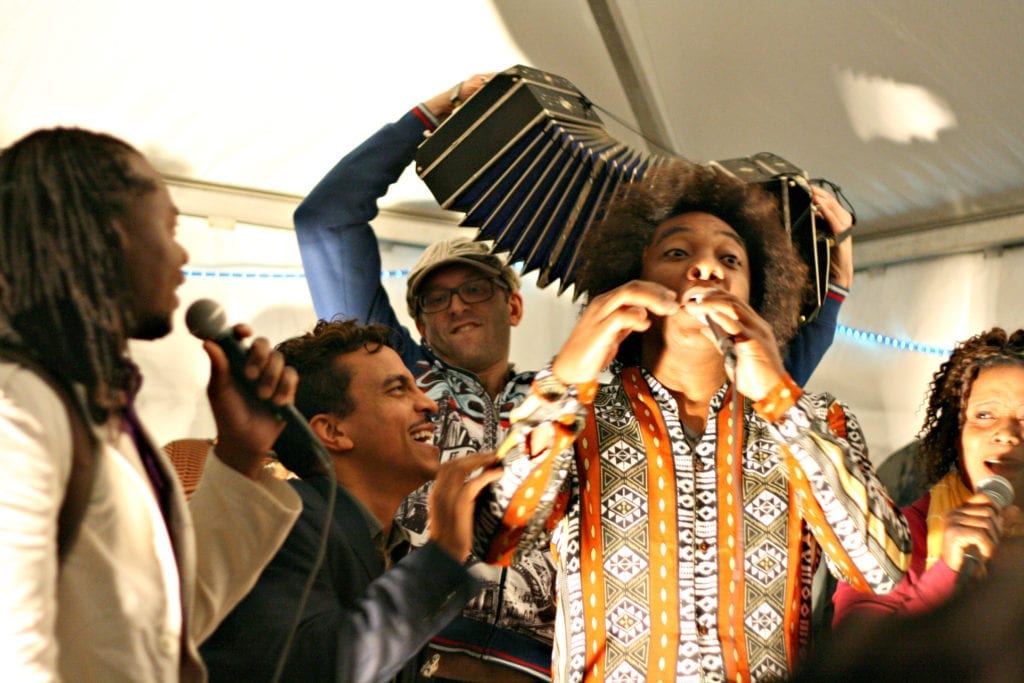 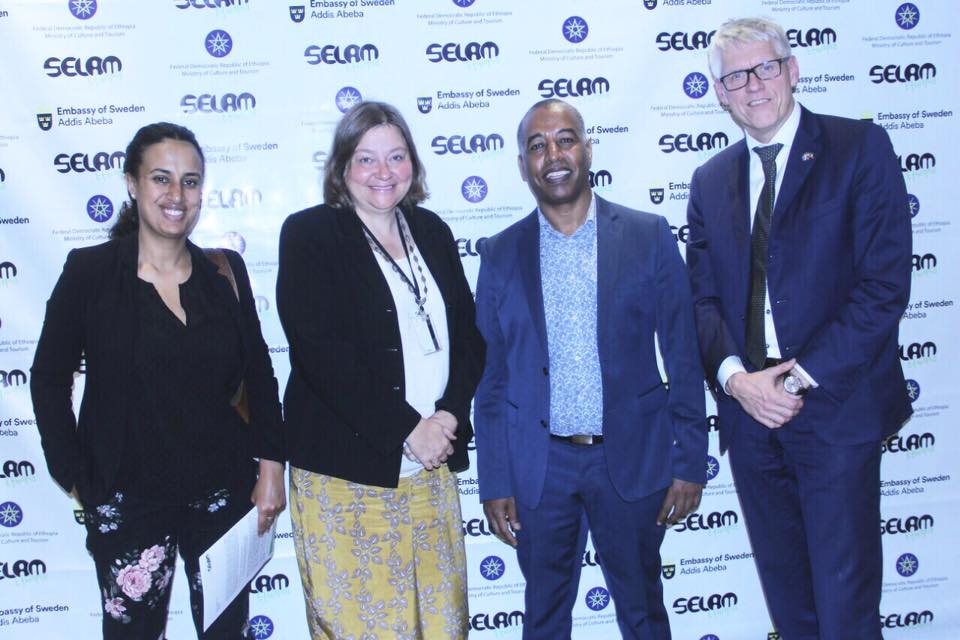 April 17th 2018 Selam Ethiopia launched its three-year project Culture Leads the Way (CLTW). The project is embedded with the overall goal of strengthening and advancing the participation of culture actors in development processes through different forms of cultural expression forms. Teshome Wondimu, founder and executive director of Selam, held a welcoming speech where he announced that the project’s specific target group is young women and men engaged in the cultural areas of music, film, media, and circus. He also highlighted Selam’s new project has a broader scope than previous Selam projects and apart from Addis Abeba administrative city it includes the regions of Oromia, Amhara, SNNPR, and Tigray.

As Teshome stated, the Swedish International Development Cooperation Agency (SIDA) is the main source of funding for Culture Leads the Way. Within the project, Selam will collaborate with partners such as the Ministry of Culture and Tourism, Addis Ababa University, Circus Debre Berhan, and other key culture and media actors for project implementation.

Teshome’s welcoming speech was joined by key note talks from His Excellency Torbjörn Petterson, Swedish ambassador in Ethiopia and a representative from MoCT. Ambassador Petterson emphasized the crucial role that culture can play for social cohesion and democratic institution-building in Ethiopia. The ambassador also complemented Selam on its efforts in creating space for culture actors to engage in cultural activities with the capacity to contribute to overall nation building efforts.

The representative from the Ministry of Culture and Tourism (MoCT) made a remark on the importance of civil society organizations such as Selam for their role in promoting the development of Ethiopia’s culture sector. He also commended Selam’s continued effort in creating space for culture actors for them to enhance their roles in society. In his remark, the representative affirmed the government’s will to provide necessary guidance and support to assist culture initiatives for the benefit of culture sector growth as related to the national development agenda.

Another highlight of the kick-off was the two panel discussions conducted under the theme “Roles, Challenges and Prospects of the Ethiopian culture Sector” which traded insights from key actors of government authorities, public institutions, the private sector, and CSOs. The first panelists from key government culture representatives pointed out the importance of cultural infrastructure and systems, and described some threats and opportunities for the enhanced contribution and role of the sector in development processes.

Panelists representing the private sector and CSOs took part in a second session where major challenges and opportunities for the development of the Ethiopian culture sector was discussed. In this session, the importance of partnerships, information exchange, and networking were some of the major opportunities identified. Similarly, the panelists pointed out limited engagement and infrastructural support from the public sector as some of the main challenges for culture development. The panel discussion was enriched by comments and feedbacks from the event participants.

In his concluding remark, Selam’s executive director informed that events such as cultural forums will be organized by Selam as part of the new project to enable further discussions on various aspects of the culture sector. To highlight the importance of today’s event, Selam also signed a Memorandum of Understanding (MoU) agreement with MoCT to formalize their working partnership for Culture Leads the Way. 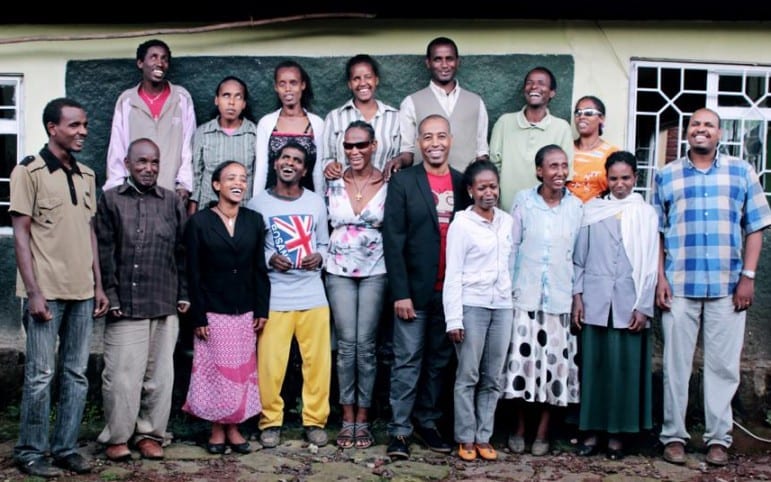 Selam Ethiopia together with its implementing partners Selam Sweden, Help for Persons with Disabilities Organization (HPD-O), and Circus Debre Berhan is currently conducting the project Cultural Abilities. Cultural Abilities is a rights-based culture project that will engage a total amount of 230 young men and women who are both sighted, visually impaired or blind, between the ages of 15-29 in and around the two Ethiopian regions of Addis Abeba and Amhara.

Cultural Abilities is an attempt to follow-up and combine the experiences learned from Selam and Selam Ethiopia’s previous projects “Inner Vision” and “Music Leads the Way” and former project participants from these two projects will be engaged in Cultural Abilities by being trained as project leaders and ambassadeurs.

In Ethopia, many people suffer from visual impairment or blindness. Young people who are visually impaired or blind are particularly marginalized in socio-economic, political and cultural terms. This exposes them to poverty, social exclusion, and feelings of being powerless as there are few available opportunities for them to become empowered both in socioeconomic terms and as right holders. As one example, they lack access to higher education which hinders them to become socioeconomically empowered while also further excluding them from regular interaction with sighted young communities. Young women and men living with disabilities in Ethiopia also lack access to spaces where they can get collectively organized to better claim responsibility from those in power and to defend themselves towards human rights violations and overall excluding practices.

The overall project goal of Cultural Abilities is to strengthen the human rights for young culture actors living with visual impairment or blindness in Ethiopia and continue to strengthen culture’s role for democratic development. More specifically, the project aims to strengthen the role of young visually impaired and blind people as culture actors, civil society participants, and as active monitors and defenders of human rights by coordinating, engaging and educating them through the means of cultural activities. The core of the activities lies in a music training and advocacy program that aims to train and equip these actors both as cultural actors and as rights holders.

The project is based on a Theory of Change (ToC) where activities are planned according to three steps: 1) educate and inform participants to gain insight into their rights and how to monitor and claim those rights as individuals living with a disability, 2) build knowledge and competence through capacity-building of hands-on skills within cultural fields as well as methods for advocacy work, and 3) perform advocacy work towards duty bearers and execute activities where project participants showcase their abilities as culture actors for duty bearers to realize their competences and increasingly invite and listen to young visually impaired and blind Ethiopians. The base of the project lies in first working to change attitudes and to secondly work with changing behaviour.